There are two different kinds of optical fiber cables, single mode and multimode. There also are four types of multimode fiber identified by the “OM” (optical multi-mode) designation described by the ISO/IEC 11801 and they are: OM1, OM2, OM3 and OM4. Multimode fibers are described by their core and cladding diameter, which usually is 50/125 μm and 62.5/125 μm. OM1, OM2 and OM3 performance criteria is determined by ISO 11801 standard, while OM4’s standard was approved by TIA/EIA 492AAAD, this means each OM has a minimum Modal Bandwidth requirement. If you are planning to upgrade your network, you have to consider the cable infrastructure so it supports your current and future data demands and requirements. So, here are the specifications and differences between the four kinds of multimode fibers.

Both OM1 and OM2 cables are used in Short-haul networks, Local Area Networks and Private Networks and work with LED transmitters that send hundreds of light modes down the fiber. But they won’t support the future’s
higher speed demands.

OM3: This type of cables have aqua jackets and a 50 μm core. They are able to run 10 Gigabit Ethernet applications at 300 meters, though it has been improved to work even with 40 and 100 Gigabit Ethernet applications if using an MPO connector, the first one is the most commonly used. They use fewer light modes, which enables higher speeds. And have 1.5 dB connector loss at all speeds.

Both OM3 and OM4 are optimized to work with laser based equipment and they differ from standard multimode cables because they have graded refractive index, which means the refractive index decreases towards the outer cladding, increasing speeds and ensuring data transmission over great distances. They compete with single-mode fiber when it comes to performance, despite they are less expensive. 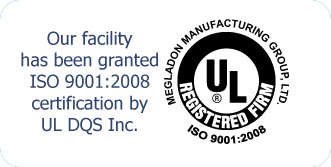